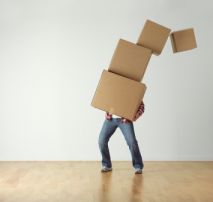 All over the world today, the industry of self-storage plays a critical role in providing a secure space for safekeeping of one's items. More and more families, individuals, small business and big corporations are becoming aware of the benefits of self-storage and they are taking advantage of these facilities. The psychology behind the popularity of self-storage is really very simple - people don't like to part with their things, whether they are old and rusty, antiques or unnecessary clothing. People always need more space than they have and that's why self-storage businesses are emerging constantly.

The U.S. remains the ultimate leader in the industry of self storage. Since its establishment in the 1960s, this business has grown to the estimated more than 50 000 facilities, with more than 3000 emerging each year. Around 10 000 storage facilities are located in other other countries and the number is growing.

In Europe, the statistics from 2007 showed 1,270 self-storage facilities on the continent. A significant chunk of self storage facilities in Europe are situated in the U.K. The United Kingdom is claimed to be quite a mature market for self-storage and the business is growing. The growth in the U.K. amounts to 10 to 15 percent a year and the industry generates a revenue of 360 million sterling pounds. At present, about 250 companies own self-storage facilities in the country and operate. The biggest self-storage chains depend on individual clients in need of storage, businesses which store their paperwork and goods, as well as people who are moving. There are companies which operate self-storage facilities in multiple countries in Europe and deal with long-distance moves and long-term storage too. Other countries which have seen self-storage thrive are Spain and Germany. The self-storage facilities there are mostly concentrated in the capitals. The data from 2005 shows more than a hundred facilities in France, about 50 in Spain and 30 in Germany as of 2007. Currently, the self-storage industry in Europe is estimated to more than $600 million. Many of the companies offer additional services, such as packing materials and accessories and selling insurance. Hungary has also shown a considerable growth in the self-storage area, with lots of plans for expansion by its biggest businesses. The expansion of the self-storage industry depends on the improved economy in the countries in Europe. Eastern Europe, for instance, is observing such a growth and it becomes one of the desirable places by successful Western self-storage companies. Most of the biggest self-storage businesses have become aware that advertisement is essential in this business.  The biggest companies have realized that advertisement is a key factor in this business and they have started uploading videos online with information and tips. Self-storage is still pretty unpopular compared to other businesses. The Federation of European Self Storage Associations (FEDESSA) consists of the national associations of 13 countries in Europe. Its goal is to help each member country establish its own organization of operators and secure a voice to the important legislative bodies when necessary.

The FEDESSA and the organizations in the United States are proud of the growth of the self-storage industry in Europe and its many opportunities. Self-storage facilities have become truly helpful to people who live in small flats with not enough space, for those who have piles of belongings crammed in their garages, for people who need to declutter their house when they want to sell it and many more. Self-storage is easy, affordable and convenient and it has yet to grow.